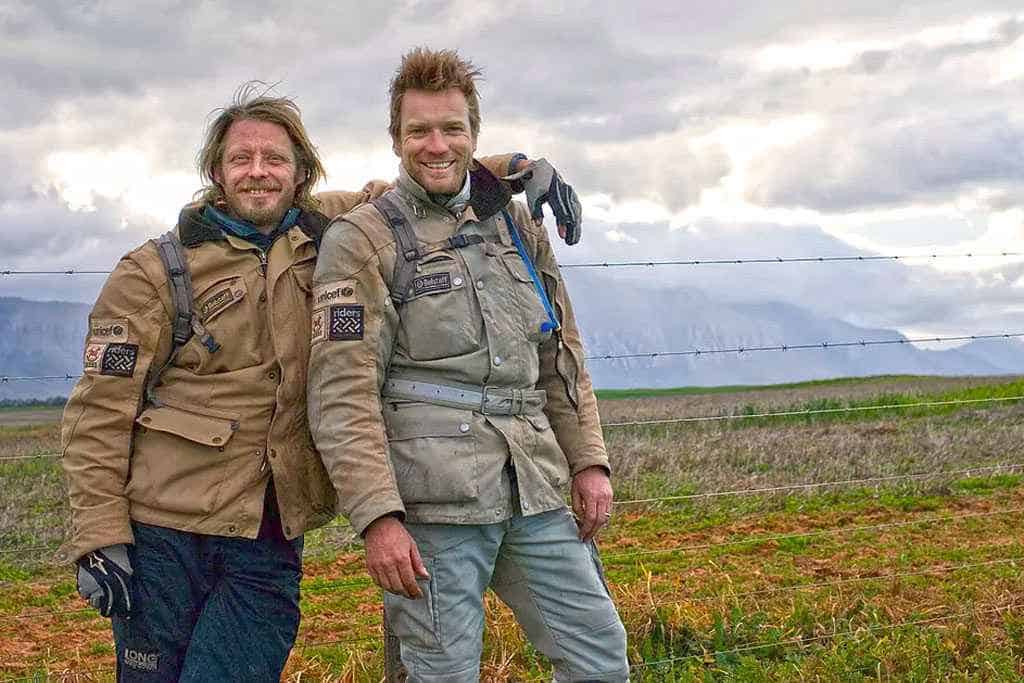 When Charley Boorman said there would be a “twist” to his and Ewan McGregor’s new adventure documentary “Long Way Up,” we’ll bet zero among us guessed the duo would be riding electric bikes, far less that those e-machines would be manufactured by Harley-Davidson.

But Argentinian outlets have reported that McGregor arrived in Buenos Aires, Argentina with David Alexanian, director and producer of Long Way Round/Down, shortly before the arrival of four factory-crated LiveWires — presumably two for riding, one for a cameraman and one as a backup. So yeah, no BMWs this time, or Triumphs, or even the quirkier Moto Guzzi V85 TTs McGregor promotes, the bike many guessed would be the “twist.”

Also arriving in Buenos Aires alongside the Harleys were two cutting-edge electric pickup trucks manufactured in Illinois by Rivian, a company devoted to building “Electric Adventure Vehicles.” These trucks are said to deliver up to 400 miles on a full charge, while the Harley LiveWire is claimed to provide 146 miles of stop-and-go travel per charge or roughly 95 miles of combined city/highway.

It would be tough enough to travel coast-to-coast on backroads in the U.S. without a struggle to charge up this collection of e-vehicles, so we’re assuming the additional vehicles that landed, two 4×4 Mercedes-Benz Sprinter vans and a single Ford F350 (V8 6.2), will carry some mobile DC fast chargers as well as crew members, spare parts and the spare bike.

A little about the 2020 LiveWire, the flagship of a forthcoming series of EVs from Harley-Davidson: Only a handful of journalists have tested this machine so far and then only during a Portland-based press launch limited mostly to city streets. Cycle World called the LiveWire “impressive and very refined,” with light handling and tons of torque off the line. In keeping with a street fighter theme, its Showa suspension is reported to ride firm. The LiveWire weighs in just over 500 pounds and costs a bundle: $29,999.

While this surprising choice of mounts will mean we’ll watch a very different adventure unfold along the windy coast of Patagonia — certainly one with fewer off-road antics — fans of McGregor won’t be surprised by his choice to showcase electric vehicles. In an interview out today in Scotland’s sundaypost.com, McGregor explains he’s been obsessed with electric vehicles for a long time. While the interview concentrates on a vintage VW bug he’s converted to e-power, he also mentions his “fascination” with Harley’s LiveWire and the future it represents: “It is exciting, and for sure it is the future. In 20 years we won’t be burning petrol in our engines any more, we will be plugging them into the wall.”

We’ll keep you posted on the progress of the e-powered posse as it presumably takes a shakedown run south along the east coast of Argentina to Tierra del Fuego and the obvious launchpad of Ushuaia. Route details have not been announced yet but Charley previously reported the journey will start in South America and continue North to Los Angeles. On the other hand, since this new journey’s first “twist” is about environmental consciousness, maybe they’ll head north toward Brazil and the vanishing Amazon.

Whatever turn it takes, the resulting adventure is sure to be interesting.

Jamie has been a motorcycle journalist for more than 30 years, testing the entire range of bikes for the major print magazines and specializing in adventure-travel related stories. To date she’s written and supplied photography for articles describing what it’s like to ride in all 50 states and 43 foreign countries, receiving two Lowell Thomas Society of American Travel Writer’s Awards along the way. Her most-challenging adventure yet has been riding in the 2018 GS Trophy in Mongolia as Team AusAmerica’s embedded journalist.